Unstable approach rate rose sharply – How to mitigate it?

Once again, unstabilized approaches are making the headlines. This time, reasons, that were almost inexistent a few months ago are contributing factors to these unwanted events. First, within the airlines, we have crews that present some erosion on their flying skills...
By Capt. Pierre Wannaz - Aug 04, 2020 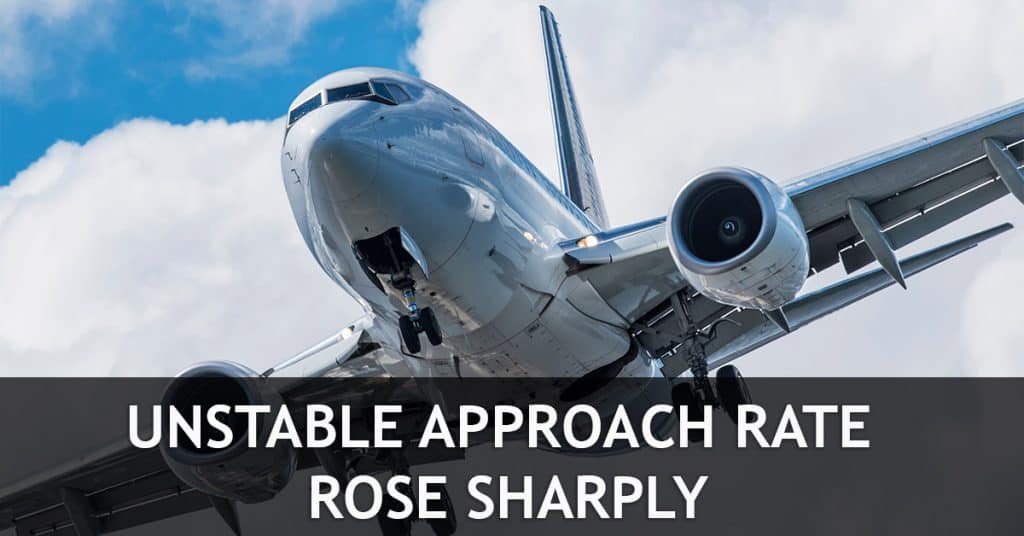 This time, reasons, that were almost inexistent a few months ago are contributing factors to these unwanted events. First, within the airlines, we have crews that present some erosion on their flying skills and routine, due to the confinement and the low flight experience accumulated since the beginning of 2020, and the empty sky that allows ATC to massively shorten standard arrival routes like the published STAR.

These initial approaches are also part of the Flight Guidance and Management Computer and, as the descent profile expects the airplane to follow these routes, the calculated descent profile can become massively corrupted with ATC shortcuts. Such shortcuts are welcome; they allow to save time and costs.

It’s the role of the crew to anticipate such reduction of track miles during the approach and to make the necessary adjustment to the vertical trajectory, as these low thrust, high energy and high rate of descent non-stabilized approaches are a contributing factor in many incidents, if not accidents.

In the line above, I insisted on the word « crew » and not only on the pilot flying the aircraft, because it’s the role of the pilot monitoring to assess the energy situation and, as he is less absorbed by the pure flying task (away from the potential tunnel vision), he has a responsibility to inform, intervene, if parameters exceed flight procedure limitations and if necessary, when safety is at stake, take over the controls.

Which pilot has never forced a landing despite being outside company published procedures? The majority most probably feels concerned, but lessons must be learned from such events as they are the results of a CREW FAILURE!

CEFA offers a tool called CEFA AMS that enables pilots minutes after the flight, while they are still together, to see a real-time animation combined with detailed statistics to debrief, within the crew, of their performance, allowing the comparison of facts and perception of the event.

This approach is much more « crew centric » than the traditional one having flight safety department calling the pilots (most probably only in case when severe violations were detected). This approach allows an open discussion between the crew members rather than a defensive justification, that might be the natural reaction if confronted by a safety officer to the same facts.

Shortly after implementing our service, ANA, the first customer of CEFA AMS, has shown an impressive improvement of the stabilization criteria and could maintain thereafter their stabilization rate at a very high level.

Having the correct tool, a non-punitive approach allowing better understanding contributes to flight safety enhancements as most pilots are willing to perform according to the rules; they want to understand why they have failed as most of the pilots are behaving as life-long learners, aiming for excellent performances.

Airlines are restarting…and now what?