Flight data for pilots: a great plus to enhance flight safety

In this new blog article for the opening day if EATS 2019, Captain Pierre is exploring further why some pilots develop own techniques which get sometimes out of the SOPs or present a risk. He explains how Evidence Based Training (EBT) can be linked to flight data animation.
By Capt. Pierre Wannaz - Oct 29, 2019

Let’s discuss this together at the summit or in the comments! 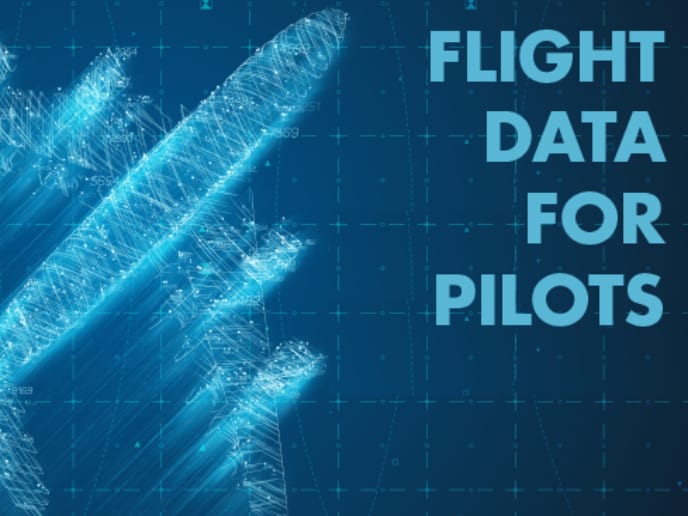 Until recently, pilots were unable to immediately access their own performances’ recorded data. If an event happened during a portion of the flight, their memory was the only support to understand and debrief about it.

We all know that memory might be altered by time or stressful occurrences and the situation can also be misinterpreted by wrong or partial perceptions.

Partial perception is also subject to the psychological process of filling the missing pieces.

“Memory is a process in psychology that involves the steps of encoding, storing, and retrieving. It is impossible for our brain to store every single piece of information that enters it. This leads to people forgetting different memories, or pieces of information. There are different types of interferences that can contribute to the forgetting of information. Forgetting is when we filter, alter, or loose information at any stage of the memory process. However, people will revise their memories without being aware of doing so. Memory construction is when a person will fill in any missing pieces of information to make his recall clearer.”

Due to this “filling process”, time is a major factor for a better understanding. The farther from an event, the more inexact are the rememberings altered by the filling effect or by losing some vital elements!

So, when using only what we remember to reconstruct a dynamic event, we might get into having a distorted image of the performance. This is also verified while making a debriefing with a trainee. Sometimes, we both have a different perception of an occurrence. The perception of the intensity, the amplitude, or the duration, varies occasionally drastically and it is not always the one with the highest hierarchic rank who is correct!

About the risk for pilots to develop their own flying techniques, based only on numerical data

In most airlines, the flight safety department is in a position to deliver, after some time, an extract from the flight data recorder similar to the graph shown below (source of this graph). 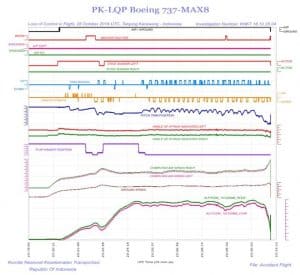 This form of representation is better than nothing, but it needs some delay to access them; usually a few days after the event. In such a case, the crew is usually no longer working together.

Currently, a new approach has made its assessment; most modern aircraft have “Wireless QAR”, in the airport if not directly on board where pilots have access to the internet and usually possess a tablet.

It allows a new way of showing flight data to pilots; to forward data about their own performance very rapidly after the flight, usually when pilots are still together in order to have solid evidence for a detailed debriefing. These facts are sent in a numerical form with values such as touch down distance, Max descent rate below 1000 ft…

This pure numerical approach is definitely a statistic and engineer point of view that unfortunately provides only a limited understanding of what really happened, and this leads to a serious risk: pilots developing their own technique.

If only a value is realized, let’s take for example a tendency for abnormally short landings, such a numerical approach will make the pilot realize that something is wrong in his own performance, but unfortunately, the process is the reason for these short landings is not shown.

If such values are usually seen, displayed, or highlighted in red to make them more dramatically visible, this enhances the fact that something must be done rapidly in order to achieve a change. Such a change could be reached, potentially, without a sufficient analysis for the understanding of the root cause of the accomplished performance.

Focusing only on the value of the flagged performance, the involved pilot will try to find out a method to modify his way of flying, with the risk of inventing a technic outside of the SOPs (Standard Operating Procedures), which might correct the value, but involve new and potentially greater risks.

At CEFA Aviation, we are showing some graphic data values if requested, but we opted for a radically new approach.

Understanding the “why”: a key element to carry out necessary improvements

The flight data is exploited in an innovative way, allowing pilots to get an animation of this data, a few minutes after landing, while the crew members are still operating together, in order to give them a solid basis for their debriefing. 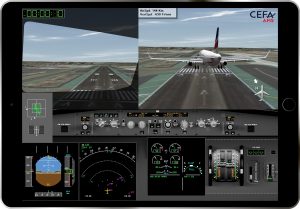 Thus, it’s possible to realize the “WHY” and not only interpret a RESULT.

Understanding the “why” is the key issue for carrying out the necessary correction. Another big advantage: if pilots do not agree with the initial debriefing, or do not have enough understanding or awareness of the event, they have the facts and not only their memory to analyze the event and if needed, they have the animation as a basis to ask for help from another pilot or an instructor.

Today’s trend is orientating the training toward Evidence-Based Training (EBT). Providing an animation to facilitate debriefing is an excellent support to make it efficient by focusing on the EBT competencies as well as focusing on the related behavior indicators.

CEFA AMS covers all of the 3 main pillars of EBT:

The competencies can also be reviewed in an easy way and the visualization can be used to point out, or lead discussions about competencies using “hard evidence”.

If you wish to discuss or know more about these subjects, contact Pierre via LinkedIn or via this form, or come & meet us:

“Digital Age Debriefing 2.0”: How to improve the quality of pilot debriefing

The resilience of pilots: a definition – how to enhance it?