Runway Excursion - Relying only on memory is often insufficient for reviewing details of a landing. Using the data from the flight recorder raises the level of awareness for landing on unfavorable conditions.
By Capt. Pierre Wannaz - May 05, 2021 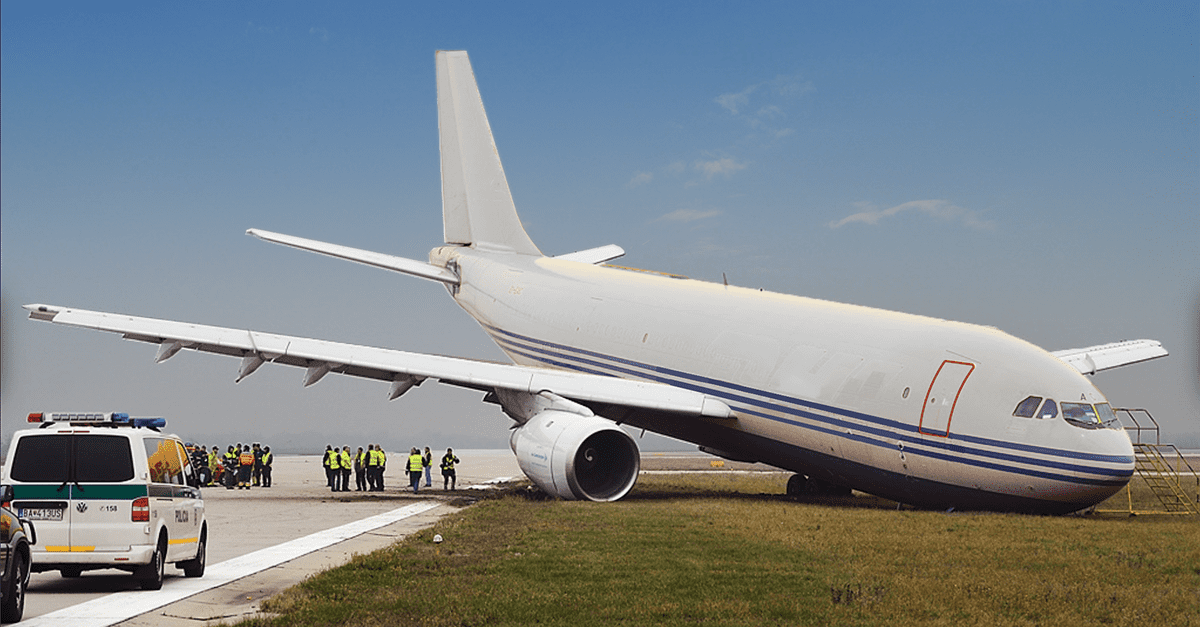 According to Asian Aviation, the number of accidents globally decreased in 2020, while the accident rate exceeded the five-year average (https://asianaviation.com/iata-safety-took-a-step-back-in-2020/).

A quick look at the IATA Safety Report gives:

These are, to name a few, the touchdown distance, the runway length, the wind, the surface conditions, technical issues in the brake system or the thrust reverse system, the aircraft weight…

Even if some of these elements should be calculated and anticipated, “situational awareness” is a key safety factor at touch down. A new assessment of the really encountered runway conditions, taking into account the experience, the touchdown distance and the anticipated braking conditions, to mention the most important one’s that must be taken into account during time of high workload!

An instructor once started his approach briefing with the statement “In case of landing“. With the wisdom, he explained to me later that an approach should always be planned with a high probability of a go-around in mind, and only if everything is going perfectly as expected, the landing could be an option. Probably an extreme safety approach to avoid a tunnel vision that would force a landing under unfavorable conditions.

Target fascination during landing can be disastrous. Some pilots ignore for whatever reason parameters that should have made them aware that a landing could no more be performed respecting all regulatory safety margins. 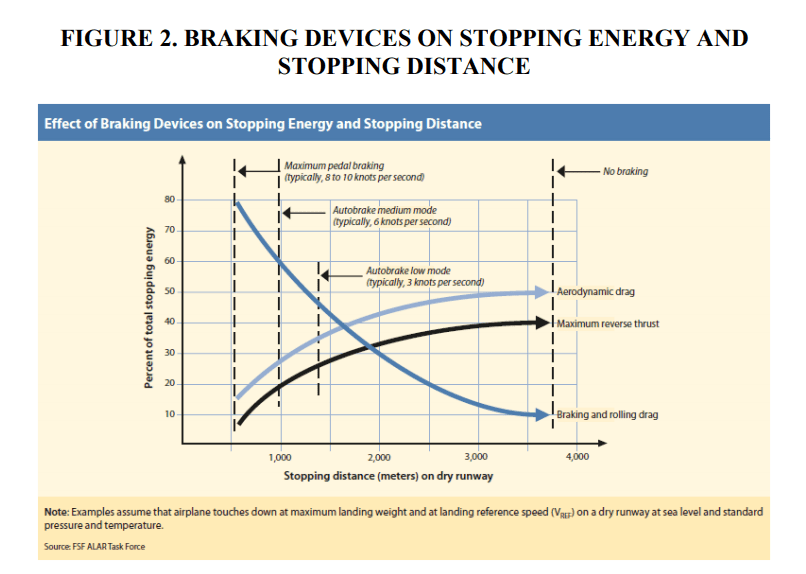 This graph is an interesting approach, especially on the ground when studying various energy issues playing a role. But it’s quite complex to be used in flight.

Flight Safety Foundation has created the GAPPRE (Global Action Plan for the Prevention of Runway Excursions), and they have already published in January a list of recommendations aimed at all actors such as airports, manufacturers, operators, etc. in order to improve “safety points” linked to this subject.

I found in “Hindsight magazine 22” the following representation of factors in a very operational form, that present risks upon landing expressed in percent. Another informative way to consider landing safety. 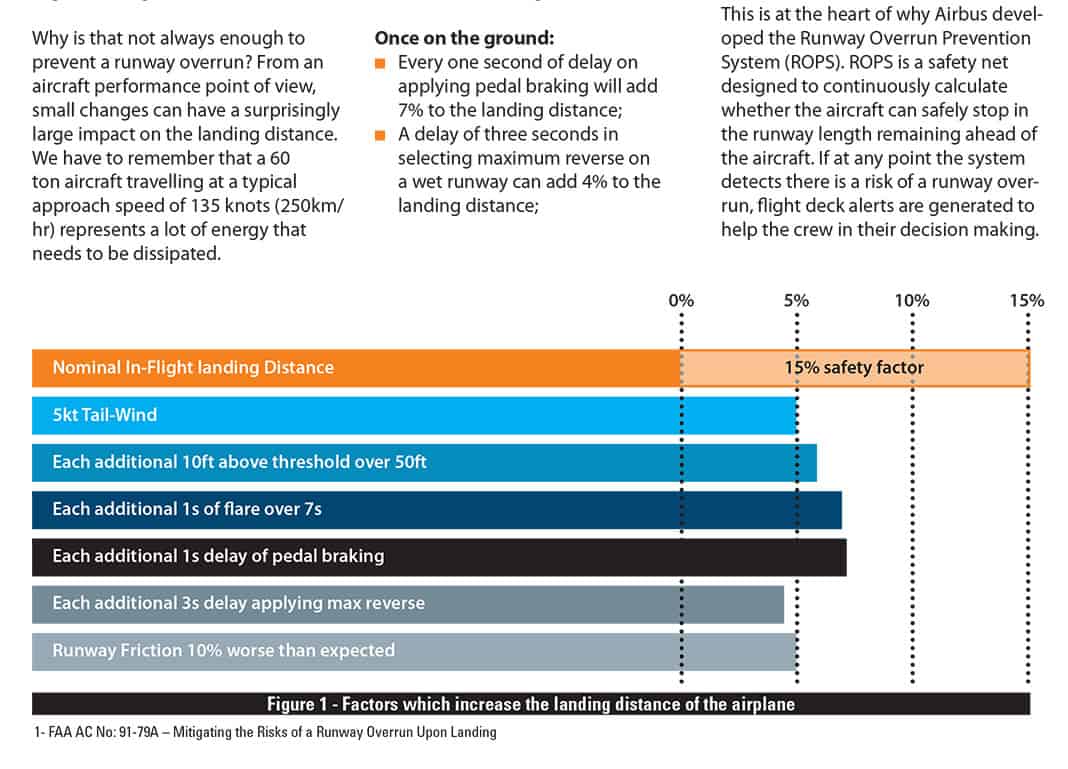 Awareness and analysis of landing distance should be a task performed for each landing.  Despite such calculations, every pilot has experienced landings where the braking was much more effective than anticipated. Sometimes, it was the opposite; the runway was perceived as much shorter than expected, but why?

Reviewing the parameters that influenced the landing are key factors for a safer operation. Still, it is difficult for pilots to remember precisely the “big picture” of all those elements.

Landing safety awareness must be trained by reviewing the performances.

The factors affecting the safety at landing are multiple: 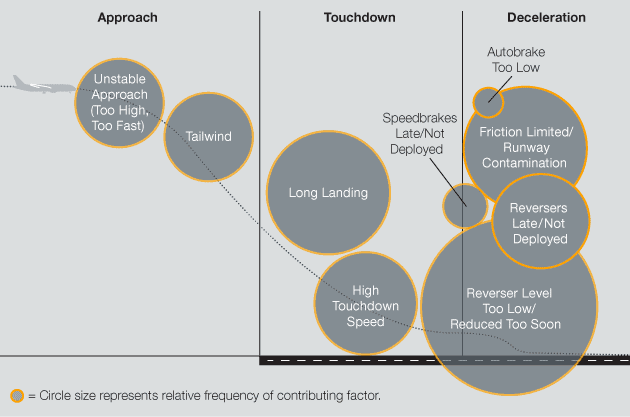 Relying only on memory is often insufficient for reviewing all details of a landing. The pilot memory is sometimes an unprecise source of information for these elements, besides the fact that both pilots might have a different perception of the situation.

Today, using the data captured in the flight recorder, tools such as CEFA AMS offers, within minutes after landing, an animation allowing an analysis of the landing process and technique, but also a detailed performance chart giving pilots a clearer focus on potential influences occurring during the landing. Valuable information to be used during the flight debriefing.

Big data analysis gives interesting results on fleets trends but doesn’t focus on the individual pilot. Using a self-debriefing tool, the flight safety can be improved at an individual level; a crew, informed by factual data and using them for own development, will be in a position to understand and correct issues that would not have been filtered by standard flight data monitoring program, as these parameters often don’t exceed the programmed trigger.

I am convinced that a detailed debriefing using factual data at a crew level will raise the level of awareness and will contribute to reduce the number of incidents or accidents linked to landing and runways issues.

Besides the safety aspect, having a better understanding of the actual balance of braking and use of reverse thrust is also a way to save costs linked to brake wear and fuel.

To have a demonstration of CEFA AMS, our debriefing tool, real-time 3D animation, and a detailed explanation of our new features such as state of the art performance graphs, please contact us