CEFA FAS (Flight Animation System) is a software that recreates flights based on the data coming from the aircraft flight recorders, reproducing a view of the cockpit, the aircraft and its environment in 3D – among other features.
By CEFA Aviation - Jan 24, 2019 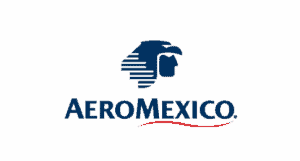 “An important advantage of CEFA FAS is that it is very reactive and quick. Flight data animation allows us to recognize and analyze a lot more information about previous flights in a very short time. When we only look at graphs from our Flight Data Monitoring system, it is difficult to see and interpret so much data at once. Now with CEFA FAS, we can live again the flight as if we were in the pilot’s skin and make sure not to miss any detail,” explains Captain Juan Carlos Gonzalez Curzio , SVP Flight Safety for Aeromexico.

CEFA FAS will animate the data coming from the 130+ aircraft of Mexico’s global airline as well as its regional airline, Aeromexico connect. The fleet consists of Boeing 787 Dreamliners, 737 jet airliners and next-generation Embraer 170 and 190 models. All the cockpits of these different models are represented with the most precise details in the CEFA FAS software – and many more, hence its numerous users. Founded in 1934, Aeromexico, which is a founding member of the SkyTeam airline alliance, carried 20.67 million passengers in 2017 to 43 destinations in Mexico and 49 international destinations from Mexico.

“CEFA FAS is strongly used on the American continent. Now we are happy to continue our mission: making the sky safer, by strengthening our presence in Latin America,”  says Xavier Colognac, VP Sales at CEFA Aviation. Dominique Mineo, CEO and founder of the company, to complete: “For 80 years, Aeromexico is being led by cutting-edge technology. This reflects CEFA Aviation’s calling as well: constant innovation and continuous improvement to meet customers’ demand.”

Grupo Aeromexico, S.A.B. de C.V. is a holding company whose subsidiaries provide commercial aviation services and promote passenger loyalty programs in Mexico. Aeromexico, Mexico’s global airline, operates more than 600 scheduled passenger flights per day, with service to 43 destinations in Mexico and 49 international destinations from Mexico, including 22 in the United States, seven in South America, ten in Central America and the Caribbean, four in Europe, three in Canada, and three in Asia. Grupo Aeromexico’s fleet of more than 130 aircraft includes Boeing 787 and 737 jet airliners and next generation Embraer 170 and 190 models.
In 2012, the airline announced the most significant investment strategy in aviation history in Mexico, to purchase up to 100 Boeing aircraft including 90 MAX 737 airliners and ten B787-9 Dreamliners.
As a founding member of the SkyTeam airline alliance, which is celebrating its 18th anniversary this year, Aeromexico offers customers more than 1,000 destinations in 177 countries served by the 20 SkyTeam airline partners rewarding passengers with benefits including access to more than 600 premium airport lounges around the world. Aeromexico also offers travel options with its codeshare partners Delta Air Lines, Avianca, Copa Airlines, El Al, Gol, Jet Airways, and WestJet with extensive connectivity to countries like the United States, Brazil, Canada, Colombia, and Peru.
www.aeromexico.com

Watch the interview of our CEO on BFM Business!

The choice for safety of Air Astana: CEFA FAS